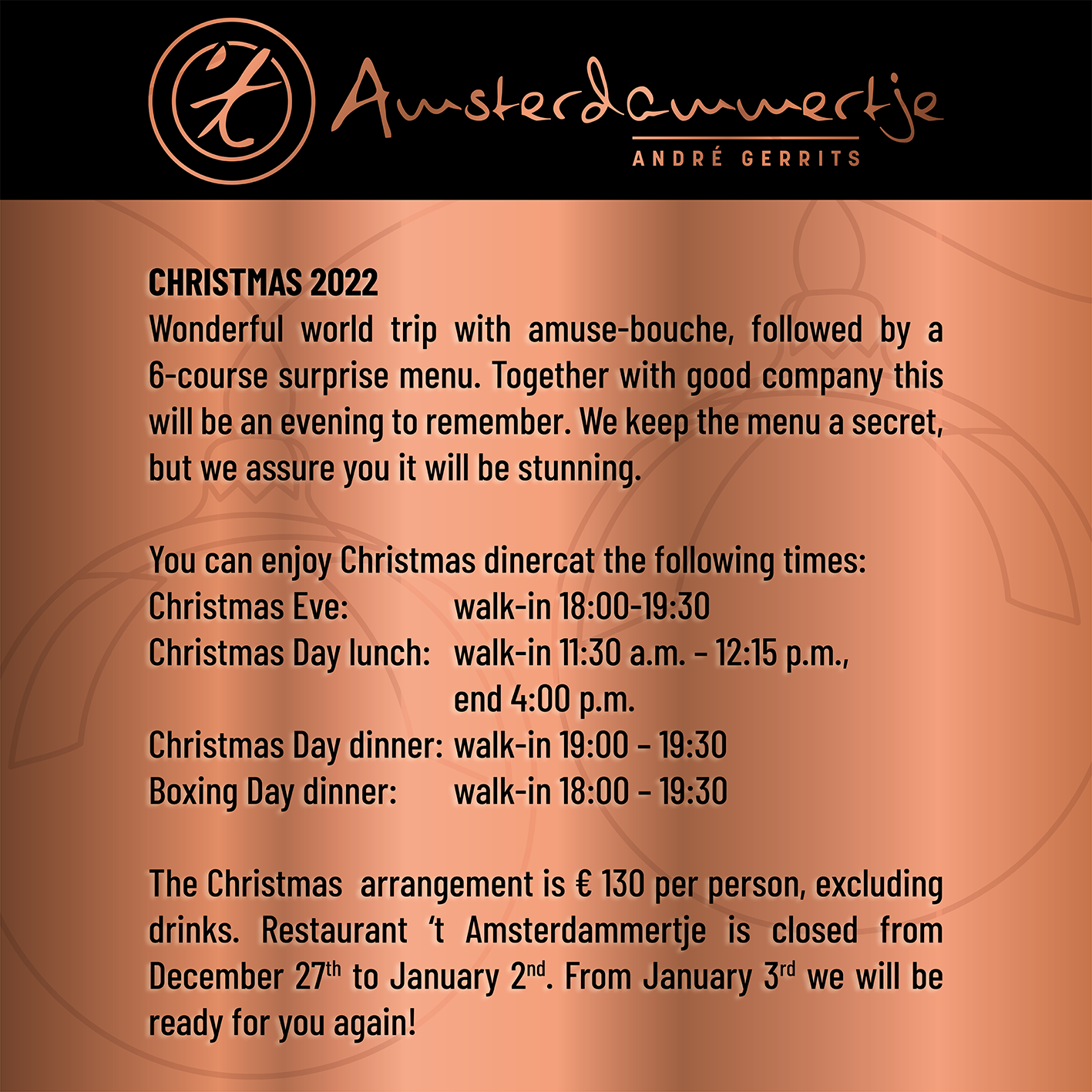 My wife and I’s  drive is what created the success of our restaurant. However, without our passionate and driven team putting in what they all  put in everyday , we would have never gotten this far. I believe it is this passion that won us our first  Michelin star.

At the age of 16, André Gerrits started his professional life in the kitchen. His starting point being ‘Restaurant de Kromme Dissel’, a Michelin starred restaurant located in Heelsum. After gaining experience in Ron Blaauw’s kitchen and Jan de Wit’s kitchen, André returned to ‘ the Dissel’.

‘As a 21-year-old youngster, I became Sous Chef to Chef Tonny Berentsen. Tonny made me a Chef.  He allowed me to make my  own choices, make my own mistakes, and master the craft. He made me experience the kitchen, instead of just letting me work in one. I was granted freedom in the kitchen, which developed my creativity. Something I am thankful for every day.’

After 5 years of being Sous Chef at ‘de Dissel’, André went back to renowned Chef Ron Blaauw

‘Ron gave me the opportunity to take my culinary abilities to the next level. Ron taught me to work at the highest level.’

The experiences at Tonny Berentsen and Ron Blaauw made André Gerrits into a Chef working with passion. ’t Amsterdammertje’ has been a well-known restaurant in the Gooi- and Vechtstreek region since the 1980s. Being one of the country’s first brasseries offering a 3- course à la carte menu. In 2009, André and Geneviève took over the restaurant.

Copyright © 2022 · All Rights Reserved · This site is made with ♥ by Derk Integrated Systems, using 100% recycled pixels